VUE CON 2017
In 1998, when we chartered our chapter, we chose the name River City Seekers because of Omaha’s association with the name River City.  Omaha’s location on the banks of the Missouri River means that historically the river has played an important role in the life of the city.

Lewis and Clark used the river as the starting point of their exploration of the Louisianna Territory.  From the beginning of westward expansion, the Missouri River was a major route for pioneers coming with their treasured possessions to begin a new life.  Later ferries and bridges allowed families to build the city of Omaha and move into the fertile Platte River valley beyond.

The “River City” appellation became popularized after the musical “Music Man” brought that term into popular culture.  In recent years one of Omaha’s largest community events has been the annual River City Roundup.
As Questers we are committed to learning about, seeking out, and collecting these treasures which our ancestors brought with them in their venture to the land of the Missouri River valley and beyond.
We meet on the 1st Tuesdays of the month at 12:30 p.m.  For more information, please send a message on the “Contact Us” page.  We hope you can join us and learn how “IT’S FUN TO SEARCH AND A JOY TO FIND.” 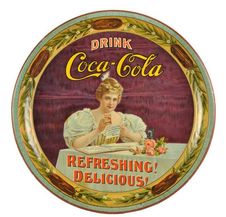 Coca Cola
Our first fall meeting on September 12, was hosted by Nadine at Bravos Restaurant.  Her program on Coca Cola collectibles included many diverse and interesting examples of Coke memorabilia.  Nadine also related the history of Coca Cola from its beginning in 1886 and showed the many changes the bottles used throughout its production. 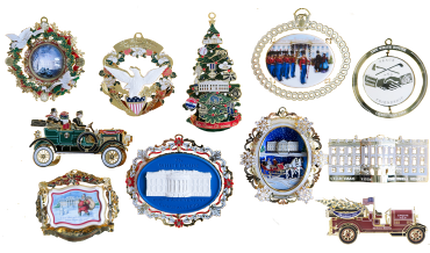 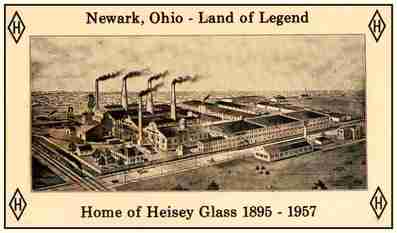 Heisey Glass
Mary hosted the November 7th meeting and presented a program on Heisey glassware.  The company produced only clear glass at the onset in 1885, adding a variety of sixteen colors by 1920.  Heisey is known for its diamond shaped logo with an “H” in the middle.  Most pieces are marked directly on the glass, some however had paper stickers.  Mary’s delicious dessert was served on her collection.
​The September meeting was a field trip to visit-tour the Karen and Robert Duncan Residence and Sculpture Garden. Their residence was built to exhibit an eclectic collection of over 2200 pieces of artwork. This includes paintings and sculptures.  Many of the artists are from Nebraska and many of the works are done by women. Furnishings in the Duncan home are an integral part of their collection, with a special interest in chairs, Asian and American baskets and pie birds.  Our Chapter was delighted to have the opportunity to tour this home.


October’s program was presented by Joan on Charm Bracelets and Puffed Heart Charms. The history of charms dates back to the Neolithic Era and artifacts have been found throughout the centuries. Queen Victoria reignited an interest by wearing and presenting “charmed jewelry”. The Queen also had a fondness for puffed heart charms.  Tiffany & Company then introduced their signature necklace.


Diana displayed her wonderful collection of Rayne shoes for our November meeting. These miniature reproductions of many styles and designs of shoes made for film stars, royalty and movie productions made for an interesting and fun program.
Our chapter’ Christmas party was a delicious pot luck lunch hosted by Brenda's home.  Members related family traditions and memorable Christmas gifts.  The entree was Chicken Breasts in Phyllo Pockets, this recipe was served when Nebraska hosted the International Convention in Lincoln in 1991.
Pictures in the Header