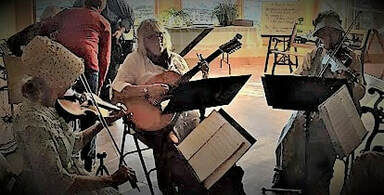 Friday evening, after our long day traveling, we were treated to an informal Social Hour at the Legacy of the Plains Museum.  We were served a wonderful selection of hors d'ouvers and wine while The Prairie Fiddlers, dressed as 1850s pioneers, serenaded with songs from the era.  It was a very nice time to greet Quester friends from the past  and meet new ones. 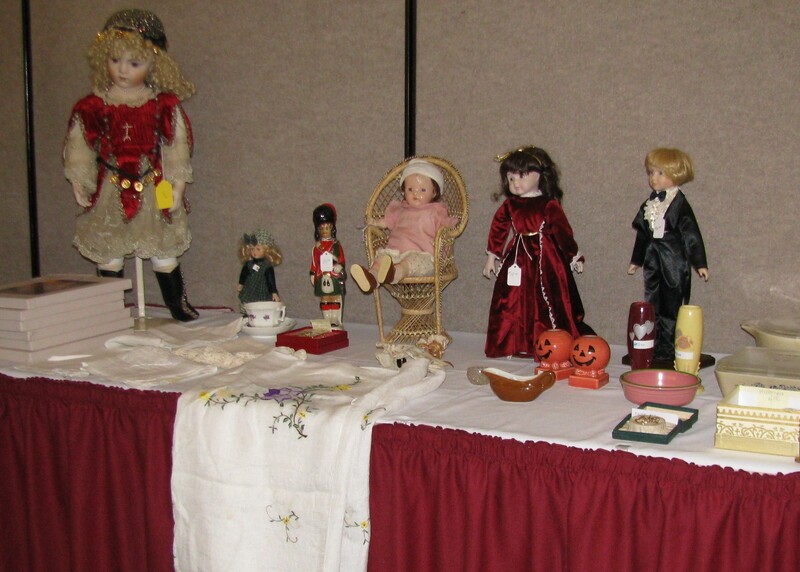 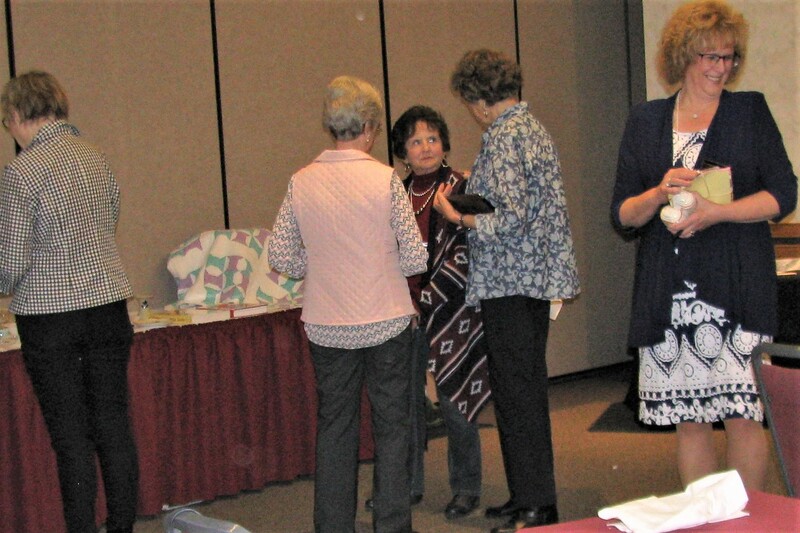 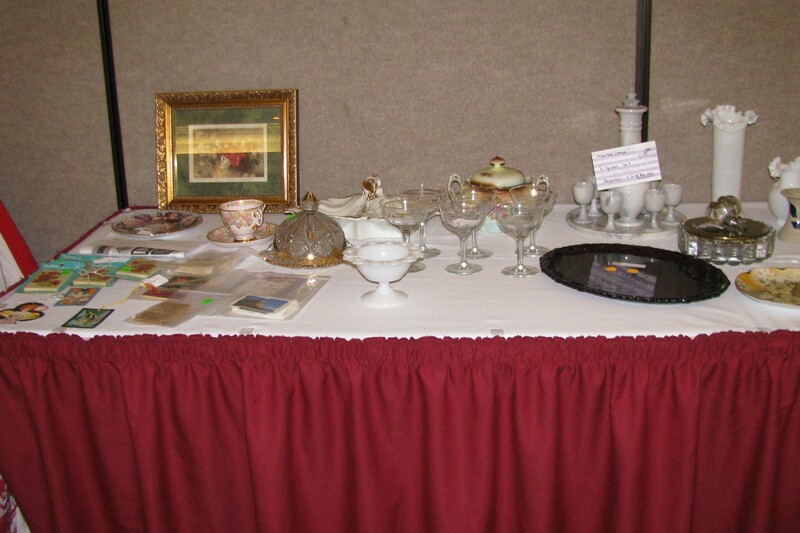 Saturday morning offered coffee and sweet rolls and time to browse antique items generously provided by Nebraska Questers for silent auction.  Funds provided by this activity increase budgets for future grants for Preservation and Restoration of deserving places and projects.  Questers Chapters follow a detailed application process describing a project they want to complete and money needed for the project.  A committee reviews all applications and selects ones they feel will make the greatest impact.  This sale raised $679 for future grants. 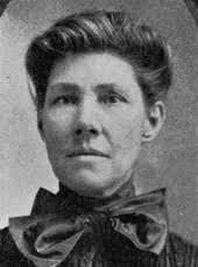 Our first speaker of the day, Suzanne Myers, presented Georgia Arbuckle who was born April 26,1852, in Princeton, Missouri. Her mother and stepfather, Tom Reeve, encouraged Georgia to get an education and she earned a teacher's certificate when only fifteen.   After her mother died, Georgia resided with Dr. and Mrs. Dinsmore, who sparked her interest in medicine. When the Dinsmores moved to Omaha, Georgia went along and in 1881 entered the first class at the Omaha Medical School with eight male students.  In the class of 1883, she was the first female graduate of the school.  She married Gwen Fix but the marriage was never a happy one and they were later divorced.
After graduation, she practiced for three years in Omaha, then homesteaded in western Nebraska and set up practice in Gering. She was a tough, no-nonsense doctor whose exploits were legendary.  She was the only doctor in a 75-mile radius and spent much of her time in a buggy traveling to visit sick patients. She was respected for her skill as a healer, her ingenuity with medications, and her determination to help her patients. Once, she was called to a remote farm where Eli Beebe lay with skull fractures and exposed brain from a farm accident. She fashioned a plate by pounding a silver dollar thin and then used it to repair the hole, closing the scalp over it. The plate remained in place till Mr. Beebe's death at 80 years of age. 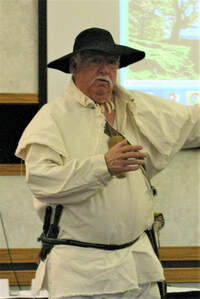 Next, Hiram Scott, played by Jerry Lucas dropped by to talk about his fur trapping days.  Hiram Scott was born about 1805 in St. Charles County, Missouri, and was an  employee of William Ashley's Rocky Mountain Fur Company. He is also described as unusually tall and muscular. In 1826, Hiram Scott is believed to have taken part in the first fur trader rendezvous held near the Great Salt Lake, and it has been assumed that he attended those held in 1827 and 1828.  We do know that there was a man by the name of Hiram Scott who was employed by the American Fur Company. His name appears on the pay lists of that company in 1827, where he is listed as a clerk. We also know that his name does not appear in any of the company's papers after 1828.  Beyond this - little else is known with any certainty. In the early days of the fur trade, it was the practice of the various fur companies to send trappers into the Far West to gather pelts which would then be brought back to St. Louis and sold to eastern buyers.  As the business evolved, the fur companies realized that rather than send trappers out to catch and skin the beavers, it would be more efficient to obtain the pelts from the various Native American tribes in the West.  In exchange for the furs, the companies would offer manufactured items such as pots and pans, bolts of cloth, knives, axes, and firearms.  Each spring caravans of traders ventured into the frontier loaded with trade goods. They would meet with the tribesmen and independent fur trappers at pre-arranged sites to conduct their business. Each of these annual events came to be known as a fur trading "rendezvous."
It is believed that Hiram Scott was returning to St. Louis from the 1828 rendezvous when he died near the bluff which now bears his name. Unfortunately, the details surrounding his death have been lost to history.  The story of what happened near Scott's Bluffs was told and retold. With each telling the story took on new perspectives. Some stories included dramatic attacks by Indian warriors while others suggest murder and foul play. Some stories include the noble theme of the doomed Scott insisting that his comrades leave him behind so they might save themselves from his fate.  Almost immediately after his death, the bluffs along the North Platte River came to be known as Scott's Bluffs.
​

The Robidoux family, famous mountain men and traders, operated a blacksmith shop and trading post for Oregon-California trail emigrants near the west end of a site known today as Robidoux Pass. They also maintained a trading post at a site known today as Carter Canyon and sometimes referred to as "the second Robidoux post" although the posts may have been operating simultaneously.
Since the original intention of the Robidoux family was to trade with the Indians for buffalo robes, they were probably at first dismayed by the sudden invasion of their domain by a large army of covered-wagon emigrants bound for the California goldfields. However, they seem to have adjusted rapidly to this development. The traders did a land-office business with the emigrants, principally in providing blacksmith services, though there was also a brisk trade in staples and whiskey.  Another bonanza for the traders was the frequent abandonment of wagons and surplus gear and supplies by overloaded emigrants, which added to the Robidoux inventory.
Below is a photo of the reconstructed post (1993) on the Carter Canyon site, where tourists can peek into the past in this beautiful, scenic location.  Builders used an 1851 sketch drawn by Heinrich Mullhausen as a guide for the reconstruction.
2019 State Grant Recipients

North Fork Questers #902 received a 2019 State Grant of $2,475 for their project of repairing the 1860s Dederman Settler’s Cabin including chinking and daubing, replacement of the rotting roof sections, reinforcement of the front stairs, and insecticide to prevent insect damage, which is currently threatening the wood.  The cabin is currently in use, despite the need for repair.  As one of the oldest surviving buildings in Norfolk, if not the oldest, it is an impactful educational resource for individual visitors, student tours, private tours and programming.  Maintaining the cabin’s structural integrity means preserving early Norfolk history for generations to come.
J. Sterling Morton #1021 received a State Grant of $1,250 for their project of preserving antique wedding dresses and other antique clothing for the Museum of Memories in Syracuse, Nebraska.  This project will help preserve the heritage of early Otoe County in four buildings of the 1881 First (German) Lutheran Church building housing an extensive collection of items and clothing styles, as well as business equipment and rooms of furniture and artifacts typical of the time and place.
La Belle Vue #933 and Corps of Discovery #1504 received a State Grant of $1,250 for their project of restoring and increasing the visability of historical clothing worn by one of the first doctors in the Nebraska Territory.  Dr. Erastus Northcote Upjohn's frock coat, vest, and dickey were donated to the Sarpy County Historical Society by the family in 1979.  The  items are well worn and in need of restoration from the Ford Conservation Center.  Upon completion of restoration, the artifacts will be the focal point of a permanent exhibition displaying Nebraska and Sarpy County's medical history. 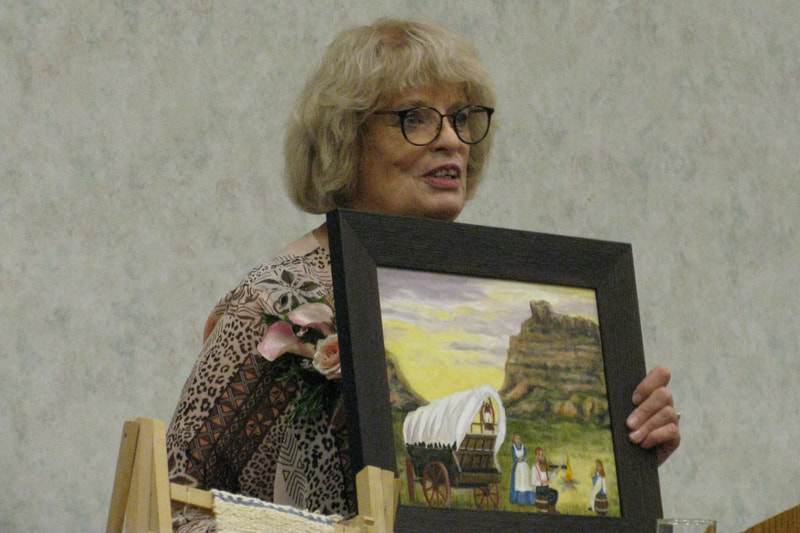 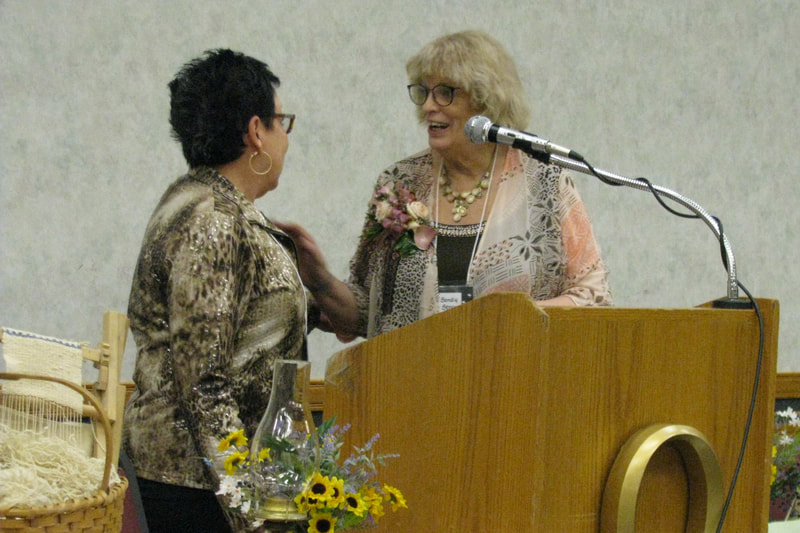 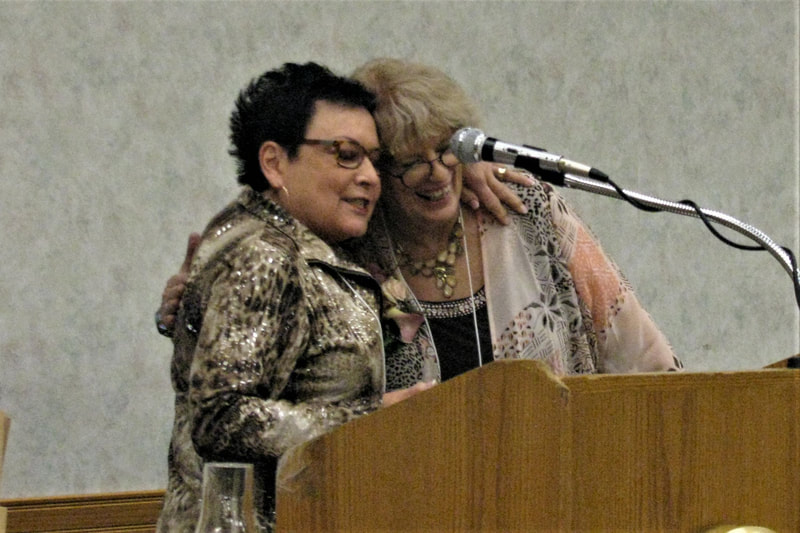 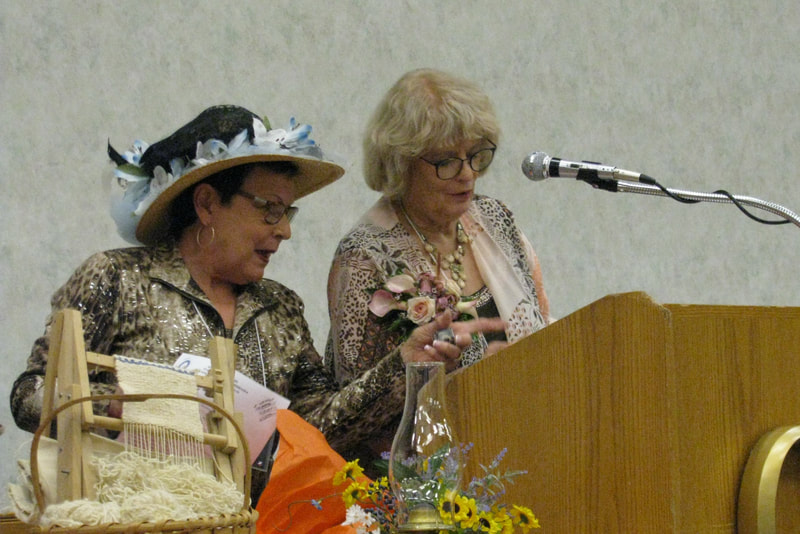 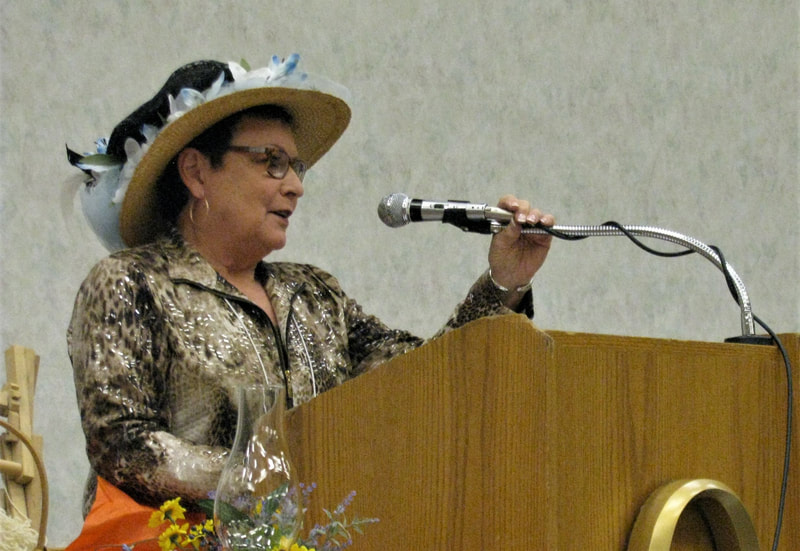 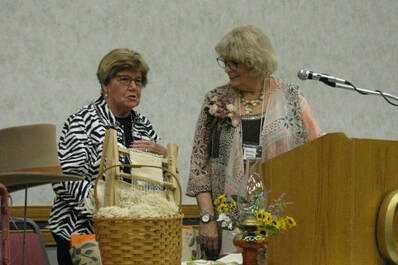 ​Thank you Gretchen Deter of Scotts Bluff #1346, 2019 Nebraska State Day Chairman, for a wonderful State Day Celebration.  It was easy to tell that you and your helpers exercised great care to details and planned the perfect day! 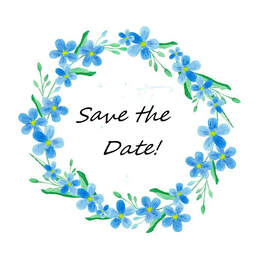