VUE CON 2017
The Corps of Discovery #1504 was chartered in June 2014 and started as a couples chapter.  Initially several husbands of members of La Belle Vue #933 and Lady Crook #893 expressed interest in becoming Questers.  Since then we have added couples as full new Questers members.  Spouses who are current members join as associate members.  We are based in Bellevue, Nebraska and meet on the 4th Tuesday of the months January-October.  Meetings are normally in the evening at members’ homes or at a predetermined location.  The chapter takes its name from the Lewis and Clark expedition of 1804 - 1806 whose route took it through our region along the Missouri River.  That original Corps stopped in what is now the greater-Omaha area for five days on their trek to the Pacific.  Their first formal encounter with local Native American tribes took place at a Council in what is today called Council Bluffs.  Chapter members enjoy history, collecting and preserving historical artifacts, and learning about antiques and collectibles.  We have enjoyed a close relationship with the Sarpy County Museum in Bellevue, Nebraska. 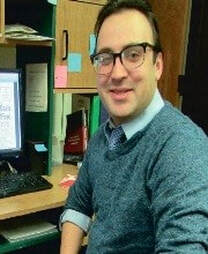 In September we met at the Zielinski’s for a program about the History of Baseball in Omaha.  Bob presented, leading with a brief look at the beginnings of baseball in America.  He then outlined the trials and tribulations, successes and failures of professional baseball in Omaha from the 1870’s to 1900 (more next time).  Attendees enjoyed peanuts, cracker jacks, hot dogs, and of course nickel beer!  In October we met at the Caldwell’s to learn about Russian and Japanese Fishnet Floats.  Jim showed us his impressive collection that he assembled mostly while at Shemya Air Force Station, Alaska.  Normally no meetings in November and December, however, the Jeffuses arranged a Questers evening at the annual Madrigal Feaste, a festive and energetic performance of music, comedy and dining in an Elizabethan setting.  January’s meeting was snowed out, but we hope to reschedule the Bridges’ later in Spring to learn about Antiques in New England.  February is scheduled to be at the Sarpy County Museum where Director Ben Justman plans to tell us about the History of Movie Theaters and Cinema in Omaha.

On a beautiful October Tuesday, Corps of Discovery #1504 visited St. Cecelia’s Cathedral in Omaha, Nebraska.  The meeting was hosted by Laurel and Bob Zielinski.  Reverend Father Michael Gutgsell, former Rector and Pastor of St. Cecelia’s and presently Pastor of St. Joseph Catholic Church in Springfield, NE was our tour guide.  The Cathedral is listed on the National Register of Historic Places and is one of the ten largest Cathedrals in the world.  Father Gutgsell made the history of the beautiful Spanish Renaissance architectural designed building come alive for members as he pointed out important places and features of the architecture.  Begun in 1905 and consecrated in 1959, the architect was Thomas Rogers Kimball.  One especially beautiful feature of the Cathedral is the organ built by Pasi Organ Builders and inaugurated in 2003.  Corps of Discovery highly recommends if touring Omaha to make the Cathedral a stop on your itinerary.  Members enjoyed a luncheon on the lawn of the Cathedral and several members were able to tour the Cathedral Museum, Gift Shop, and Art display sponsored by the Cathedral Arts Project.
​Pictures in the Header
The first picture in the top row of the Header is the Corps of Discovery #1504 yearbook cover for the 2017-2018 Quester Year, marking the Nebraska Sesquicentennial.

The second picture in the top row of the Header is of Corps of Discovery #1504 hosting Nebraska Questers State President in October 2015.  She outlined the founding and history of the Knox Gelatin company.  She explained how her interest in Knox Gelatin began when she found items in her parents’ kitchen.  She circulated a number of Knox products, some vintage items including recipes and recipe books.  She noted that early-on Knox Gelatin was offered as a remedy for countless ailments and an enhancement for women’s cosmetic purposes.  She also noted that the wife of the founder became the owner-manager of the company at the turn of the 20th Century (unique for the times) and established business practices very advanced for the time.  To complement the program, refreshments that followed all included Knox Gelatin as a component.

The third picture in the top row of the Header shows Corps of Discovery #1504 visit to Council Bluffs, IA in February 2017.  The program for the evening was presented by Wayne, Nebraska State Treasurer about his home, the Shepard Farnsworth House.  The home was designed by architect E.E. Maxxon, built for Shepard and Emma Farnsworth in 1884 and occupied in 1886.  Wayne identified one other previous owner after Farnsworth, and explained how he came to own the home.  The home’s main entry via two huge oak doors opens to a foyer and grand staircase that is breathtaking.  Striking features of the home’s interior include ornate fireplaces, intricate molded plaster ceilings, and several stained glass and acid etched windows.  There is extensive oak and cherry woodwork throughout.  In addition to the magnificent home itself, Wayne identified several of his many collections with the group and shared stories about acquiring several of the unique pieces. Wayne’s home has been one of several featured in the Spring Soirée for Preservation, sponsored by Preserve Council Bluffs which includes an opportunity to dine in Council Bluff’s finest homes.

The first picture in the bottom row of the Header shows The Corps of Discovery #1504 visiting the Joslyn Castle in August, 2016.  The program for the evening was a guided tour of the Joslyn Castle.  This magnificent mansion was built by George and Sarah Joslyn in 1913.  It was designed by Omaha architect John McDonald.  The evening tour began outside with an introduction by Ron Crampton, VP of Grounds for the Joslyn Trust, and long-time volunteer groundskeeper.  He provided detail about the gardens of 1913 and the current array.  The tour continued inside led by tour guide DeAnn Bright.  DeAnn detailed each room for the group with many notes about architectural and decorative features, and anecdotes about the life and times of the Joslyns.  The brief Chapter meeting actually convened in the Music Room of the mansion.  The tour concluded in the Grand Ballroom on the third floor with an opportunity to view the mansion surroundings from the Castle Turret.

The second picture in the bottom row of the Header is of Corps of Discovery #1504 in May, 2017, visiting Winslow Acres, the acreage of Friz and Millie Miller.  Prior to traveling to Winslow Acres, Friz gave us a brief history of John Deere and the significance that the tractor played for the farming industry in America.. Friz further elaborated on his affinity for John Deere lawn and garden tractors and how he came to own six such vehicles.Once at Winslow Acres members were given the opportunity to drive a John Deere  lawn mower on a forest excursion.

The third picture in the bottom row of the Header is of The Corps of Discovery #1504 meeting in Springfield, Nebraska in September, 2017.  Keith Hentzen presented the program for the evening.  Keith is the owner and pharmacist and has been in business at that location for over 40 years.  Keith explained how he came to own and convert the one-time bank to a drug store and later a combined drug store and soda fountain.  Hundreds of antiques grace the store, most of them on the walls above and around the vintage ice cream counter.  He also has an extensive collection of antique pharmacy items on the drug-store side of the building.  Keith recounted the long association of pharmacies and soda fountains dating back to the late 1800’s.  He pointed out a number of unique objects in the fountain area.  A striking feature in Springfield Drug is the presence of two antique soda fountains, one still operational.  Questers enjoyed treats from the fountain while hearing the almost musical “ka-ching” of the old-time cash register.  Members browsed the store and engaged Keith at length about individual curiosities.